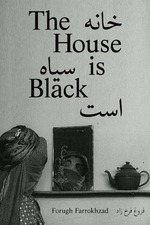 The House Is Black begins with a quote from editor, director and adulated modernist poet Forugh Farrokhzad, and when translated into English, reads as such:

“There is no shortage of ugliness in the world. If man closed his eyes to it, there would be even more. But man is a problem solver.“

I think what Farrokhzad set out to accomplish by making this short documentary film focusing on the inhabitants of a leper colony and their daily lives in Northern Iran was to contrast the aforementioned ugliness many perceive on the surface, with the undying drive and triumphant beauty of the human spirit. Never does the film attempt to exploit nor downplay the suffering of its subjects. Instead, we are shown only truth and resilience; the power of the will, achieved through hope in resolution and divine gratitude for life at its most fundamental and profoundly sacred. As a result, The House Is Black can be seen as a film of beauteous faith in humanity. No longer shall we attribute “ugliness” to the form we embody on the outside; what really matters is that which resides within the depths of our souls, crying out for love, relief and healing.

Forugh Farrokhzad gifted the world a transient masterpiece with this film. She was one of the driving forces behind what would become the Iranian New Wave, and her impact was made in only 22 minutes, as The House Is Black would be her only solo directorial credit before she lost her life in a car accident at only 32. Despite her tragically brief film career, her imprint on the form is undeniable. Visual lyricism—along with the some of her most moving poetry to accompany the images onscreen—has rarely been exuded through the lens of cinema to such an alluringly transcendent extent as is achieved in many of the frame here, particularly towards the end. No doubt her influence was felt by the likes of greats such as Kiarostami, Makhmalbaf, Panahi and undoubtably many more outside of the borders of Iran.

Humanism is the blood that corses through the veins of Iranian cinema, and I can not think of a more felicitous example of this principle put in practice than this monumental work of grace and fortitude. Farrokhzad does and says more in 22 minutes with this film than most could hope to put forth in a lifetime’s worth of work. Her sublime poetry, those passages from the Bible and Qur'an, and the images presented alongside them make for a truly life-altering, perspective-shaping experience like no other.