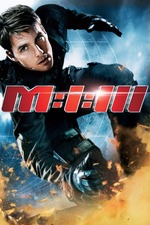 Still my second favorite M:I film of all time, and probably the most emotional one for me (even more than 'Fallout'). This might even be my favorite JJ Abrams film. The directing here is tight and economical, without the show-offy vibe later Abrams films show (also, only around three shots have lens flare!). You know an M:I film is special when even an engagement party scene with zero action becomes a highlight of the movie. Michelle Monaghan as Julia will forever be the Ethan Hunt girl for me, and of course it goes without saying that Phillip Seymour Hoffman's Owen Davian will never be equaled as an M:I villain.

P.S. There are many impossible moments in the Mission: Impossible series, but the most improssible moment of all happens in this film, when Ethan Hunt starts doing math.