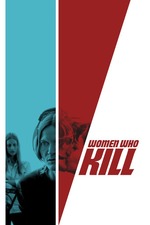 I would be really curious to know if the satire lands for anyone not familiar with the Park Slope subculture of intense food co-op rules, overly communicatey gay relationships, true crime podcasts, and performance art installations. I found it EXTREMELY hilarious but the in-jokes might be a little TOO in for a wider audience.

I also have a love-hate relationship with the "is this person a murderer or just weird/secretive" plot, because the only satisfying endings are 1) they are a murderer and you were right! a la Manhattan Murder Mystery; or 2) they're not a murderer but they have some other insane secret that made them act crazy, a la Head Over Heels. No spoilers about this one but I wish it had been a little more definitive? But overall this was such a fun dark comedy.