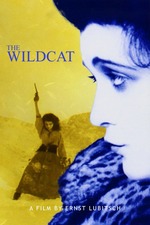 Lubitsch In Berlin - Part 6:
Suffice to say this is perhaps my favourite of the boxset. And it is probably Lubitsch's most acclaimed of the early era.

It is a daringly and outlandishly funny, with lots of absurdist moments and it is the epitome of irreverent yet heartfelt humour. It is a poke at military life, but does it in a way that it is heartwarming. The thieves, the soldiers and everyone else does silly and flawed things in a human touch, which Lubitsch does very well.

The acting is great, the lieutenant and the seductive yet charmingly girly thief king's daughter (played by one of my all time favourite actresses and femme fatales, Pola Negri) are definite highlights here.

The expressionist style is atmospheric and works for its surreal yet sophisticated humour. It especially works for its cold snowy setting. Whilst expressionism is usually aimed towards the darkness of human psyche (particularly from people who served in the military, which is a strange coincidence), it also fits for comedic absurdity too, as I mentioned previously in Die Puppe (1919).

Overall I saved the best for last, and it is a silent classic in its own right, not iust for Lubitsch but for German cinema. It does come to mind how easily forgotten Lubitsch's early work is, and it's a shame since his touch and sophisticated craft is quite prevalent there too. And this is probably the finest example of such, hope you enjoyed it as I did.