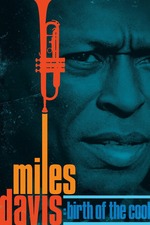 Miles Davis: Birth of the Cool

A good starter I guess, but these obsessively linear idolatry films just lack soul. I also hate the women-as-muse (all of them!) subplot laid by the filmmakers. Give it a rest. He was an abusive, controlling asshole when he wasn't so run down that he was in need of "saving." Make that connection between the police assaulting Davis and Davis assaulting his wife ... after having forced her to give up her job ... a little more explicit. And perhaps mention his total neglect of his children?

Still love any and all interviews with Herbie Hancock, Ron Carter, & Wayne Shorter. Those are some stand up dudes. Carter basically telling Davis to fuck off after Davis asks him to start playing the electric bass is gold.