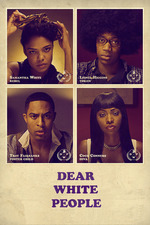 This is a review for season 3 of the Netflix series.

While not as engaging or well written as season 2, this season still had some really well conceived ideas. Specifically, episode 8 being told through a game of mafia is a really unique framing device and made me way more engaged in the episode’s story than I would’ve been otherwise. However, the big issue with this season is it’s structuring and focus.

The first two seasons had a structure where they’d specifically focus on one character in each episode, and the conflict would revolve around them for the majority of the episode. However, this season ditches that structure entirely, and just tries to fit as many stories as possible into each episode, making the entire thing feel confused and messy as a result.

Still, despite its flaws, I really like this show and what it has to say about modern society, and I’m very curious to see what direction they go in with the next season.