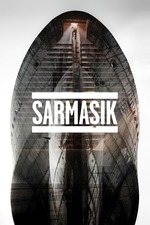 Don't let that horrible poster here and on imdb fool you, Ivy is a well made and solid film (the poster has been updated, finally). The majority of the film takes place on a cargo ship, and we set off with three new crew members. Problems arise, the crew isn't getting paid, and the owner is MIA. They are forced to anchor just off port, and wait. As weeks go by, the crew becomes restless and manic.

Most of the film is a slow burner. Director Tolga Karaçelik is no Ceylan, but his talents shine through at a few points in the film. I'd like to watch the opening again after seeing the film, and there's a nice short montage near the beginning of the film as well. Some of it comes off as trying a little too hard, but nothing major. The last act starts to teeter off the rails but it wraps up quickly enough, and I liked the ending.

It doesn't seem like this film will hit many theaters, and while it's not a great film, it's worth seeing.