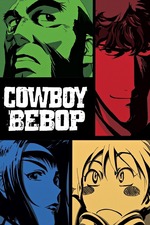 During the summers of my childhood when my parents would work I'd go to an older woman's house where I'd make friends with all the other kids dropped off there. It was great: we'd mess around and watch tv in the morning still half-asleep from the car-ride over before doing math problems right before lunch, then play outside in her garden and back yard before heading inside to play her college son's SNES. Every summer day for a while was like this, and I really grew close to those friends-once-strangers, to the point where the ones that initially annoyed me actually made me quite sad when they left for school. But it was okay because I'd see them again next summer, all of them, and we'd hang out again like we did before.

Except sometimes... they wouldn't come back again. Usually they just got old and no longer needed a babysitter, and when that happened the rest of us would miss them. We never quite knew when it would happen either, just that there was always a chance that when someone left it would be for good and we'd never see them again. I guess we were too young to really understand the true sadness of what that meant, or maybe we were just that innocent, I'm not really sure. Either way we'd continue to play every day like we always did, but with the memory of them in our hearts.

I was one the last one to leave. I mean, in general I was the last for the day, but then one summer it was just me and one other friend when everyone else had gone away for good. It was... different. We'd still spend our days doing the same things we always did, but knowing how many others there used to be just made everything a little sad, a little nostalgic. Suddenly this house that used to hold a whole bunch of children felt empty, way too large for just the two of us, and it was hard to enter a room without thinking of all the old memories we associated it with. And suddenly there were just too many memories of them in my heart to play around the same way I used to before.

That would be the last summer I was there.

Then mom moved a state over and my summers were spent with dad, and this time I was old enough to stay home when he worked. It was hard not to think of all the previous ones where I had friends who bugged me but made me smile all the same. Now I just stayed in dad's apartment lost on what to do because I never had to spend three whole months on my own. I remember staring out the window a lot, looking across at the sky and freeway and all the passing cars. I think this is when I got used to solitude.

And as the years went on and I got older, one summer's end I found something called Cowboy Bebop. About a hodge-podge family of strangers who annoyed the hell out of each other yet loved one another all the same, and when it came time for one of them to leave it struck home to the others just how close they'd really gotten. And it struck home to me just how sad the simple act of saying goodbye really is, and how many unspoken words lie behind that single spoken one. Often, they tell us more about ourselves than the person we meant them for; and often, they're a weight that we carry for the rest of our lives.

All good things must come to an end, whether they be shows, summers, or even friendships. But that doesn't mean those things didn't matter, and that certainly doesn't mean many more good things won't follow. That just means you're living in the real world.