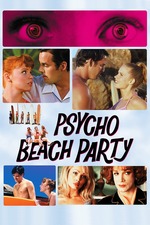 This one is great if you lied "Gidget" and "Return of the Living Dead." This film mixes the two genres well. My wife loves the Sally Field Gidget era and she saw a lot of connections to this story. "La roux" is Gidget's best friend and there is a similar character.

The lead is played by Lauren Ambrose, who I would pick to play my wife in her life story film (or mine). I first enjoyed her acting in "Six Feet Under." NOTE: this is not a new release, it came out in 2000 so everyone in it looks very young.

Nothing creepy here but as a comedy/horror spoof on Beach movies, it works!