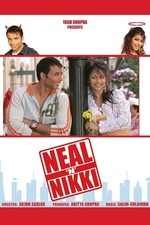 This movie is so bad but the soundtrack is so great so??? nostalgia is a weird drug.

one interesting thing in my constant comparison of holly vs bolly -- Hollywood has been going through an "ironic romcom" or "ironic disney" phase for a while now, while Bollywood never really had the appetite for ironic anti-bolly films. It just stopped giving money to generic, unrealistic, and just flat out terrible films like this.

I don't know which I prefer, both audiences are very different. I love great romantic dramas and I revel in anti-Disney/romcom stuff.

In fact, one of my favorite Bollywood movies is Happy Ending, which feels just a little too off kilter to be Bollywood, but it also takes place in LA so it feels weirdly familiar. I'm somewhere in the middle just like Happy Ending is.

But again, most importantly, this soundtrack is amazing.