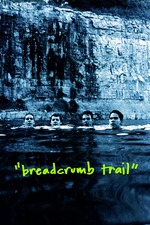 Slint was a short-lived indie rock band from Louisville, KY whose second and final album, Spiderland, is one of underground music’s most revered recordings. The album’s cryptic, distinctively uneasy aura, coupled with the group’s decision to disband without promoting it or touring, has granted Slint a rare mythic quality. Breadcrumb Trail, a documentary named after Spiderland’s opening track, somehow manages to be an informative and compelling account of the band’s story without really demystifying it all that much. Most of the band members’ expressive gifts don’t really extend to the spoken word, but their collected interviews paint an appropriately impressionistic image of a group of unassuming innovators, and conversations with their friends and family help to fill in the blanks.

Breadcrumb Trail’s primary flaw is its apparent lack of curiosity about Louisville’s broader culture, even as the city is trumpeted again and again as the only place that could have produced a band like Slint. Just a few minutes devoted to what was going on at that time in Louisville outside of its punk rock scene might have provided interesting context, but the locale is a nondescript sketch at best. Still, the film has too much else going for it to be defeated by that shortcoming.

Produced as it was for inclusion in the remastered Spiderland box set, I’m not sure how much Breadcrumb Trail will appeal to people who aren’t already fans of the American midwest’s underground music scene of the ’80s and ’90s. But if you count yourself as one of those fans, or you think you could become one, you shouldn’t miss it.