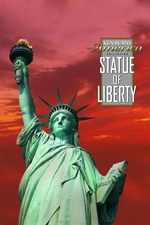 The Statue of Liberty

Ken Burns was still finding his voice in 1985, and with Reagan in office, PBS was even more inclined than usual to document its federal benefactor through a few layers of gauze. So it’s not shocking that two thirds of The Statue of Liberty borders on peacetime jingoism, but it is disappointing. I had been hoping to learn about the marvel of engineering and diplomacy that was the statue’s origin, and I did. But in the scope of the film, that story was a rushed appetizer leading up to the main course: pretentious talking heads waxing philosophical about the concept of liberty. Milos Forman, who is interviewed, shrewdly anticipates my criticism, contending that this film will be wasted on natural-born Americans, whose complacency prevents them from appreciating the true symbolic significance of the statue. James Baldwin goes so far as to say that to African Americans, the statue is a cruel joke. With the inclusion of these lone dissenting notions, the film seems to say, “We can always do better...” But the overall message is a solemnly emphatic, “We’re number one!” If you’re not in need of that reassurance, you can skip this one.