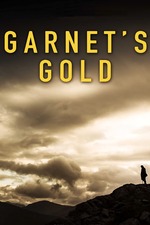 Some people are filled with spirit, adventure and the desire to try new things. Although he's never been wealthy or particularly successful, Garnet Frost is one such person.

Garnet's Gold follows his journey to investigate a place from his past – a loch in the Scottish wilderness where he became lost over 20 years ago. Nearly dying there as a young man, he was rescued by fate in the form of a lone fisherman. In the years since, he's been consumed with the idea that the place he stumbled upon might hold real treasure – a legendary lost chest of gold from the 18th Century. This is the story of his return.

The film combines pensive interviews and intimate portraits with the adventure at hand. Garnet is a unique figure of British spirit - both boisterous and humble, with the soul of a poet. His relationship with his mother, who is herself a magnificent figure and interview subject, bears a love and frustration that's so relatable.

Filled with the resplendent brooding landscapes of Scotland, this is one of the most beautifully-shot documentaries I've ever seen. A thoughtful gaze at what it means to lead a life of ambition, and of the tangible success of trying.