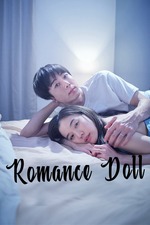 Wow. This was the film I have been waiting to watch all year. Yes, this one, where a man who makes sex dolls creates his piece de resistance: a replica of his (xxxx) wife, to satiate the appetites of whichever anonymous internet buyers are hitting the buy button as fast as they can before this limited edition doll sells out.

That’s how a lot of the few reviews on this fucken site paint this film at least.

I absolutely loved this. I find it surprising so many of you felt it fell flat: from the moment Sonoko utters the words “I’m glad my breasts will help other people” under false pretenses in the first few minutes of the film, the catch was set. I’ve never seen a Yuki Tanada film before but she is a mastermind at set ups. Are you really surprised that Tetsuo creates a sex doll replica of his wife? Various lines and scenarios in the first act foreshadow the ending, and it was genuinely satisfying coming to this realization as I kept watching. Bizarre to me as well that people found the first act to be objectifying of women’s bodies. I appreciate that Tanada really just did not shield viewers from the realities and vulgarities that men display sometimes. It would be absolutely absurd to me if a factory full of men making female sex dolls were somehow completely nun-like when discussing their work.

The entire last act is all in preparation of the inevitable. The idea that one should forget things so they won’t be able to remember them is absolutely heartbreaking. Tanada doesn’t just drop musing cinema type dialogue fodder; she builds on them. I’ve never cried so hard at a man remembering the name of a dog before, while he sits mid-coitus on top of a sex doll replica of his wife.

My only issue with the film was the old couple talking about cherry blossoms in the park; that felt utterly contrived, despite its beautiful metaphorical parallel to Sonoko’s deterioration.

Also— I’m not sure what people were expecting. What is up with the complaints about this film botching your genre expectations? The main character designs sex dolls for fuck’s sake. Were you really entering the film expecting it to take the whopping 180 that it did and turn into an emotional albeit well-paced sob fest that it is? Fuck no. Were you expecting to burst into tears when the main character’s co-worker recounts a tale of the time he took his seven year old daughter post-divorce to the fair and she would only address him by his surname? Don’t think you would have.

I love this little film. It appears it has succeeded in subverting literally any expectations a western audience could have for the story. And that is why this is one of the best love stories I have seen all year.