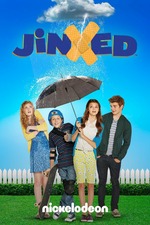 Maybe I’m crazy for giving this such a high score, but I genuinely really liked this movie. You have to understand the time period in which this movie came out, what is arguably the hay day of Nickelodeon original movies. I grew up with these types of movies, and would eagerly wake up early in the morning to watch a new one whenever it was released. When I was a kid Jinxed was always one of my favorite films Nickelodeon ever produced, however it must have been a little over half a decade since I last watched it. This isn’t a great film by any means, but I think for what it is, that is an hour long Nickelodeon original movie, it’s hard to fault. I can admit that part of my feelings towards this film are influenced by nostalgia, but in other ways I think the film was genuinely decent. The idea of a jinxed family is a good one, especially for a kids movie, and the film does a solid job developing its main idea in a creative way. The acting is nothing to ride home about, but all the actors are decently charming I suppose and they work well with this exaggerated tone. The technical aspects of filmmaking, that is editing, cinematography and direction, are pretty bad actually but if you delve too much into that side of things you’re kind of missing the point. This film is simple, nostalgic fun, and a perfect time capsule into this era of children’s television.

What Dreams May Come