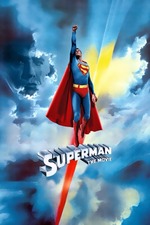 Didn't expect to give this a 4, but here we are. Unbelievable that they managed to nail the superhero film right out the gate when decades later there are still so many who can't seem to get it right. It manages to balance all the necessary emotions so well. One thing that particularly stuck out to me was Hackman and Beatty's humorous rapport, didn't expect that at all. The practical effects like during the earthquake aftermath were still really impressive.

For the negative, I didn't like the ending at all for so many reasons (I forgot this was the movie that originated that trope), and the beginning was too silly for the seriousness it tried to have, and some other small things.