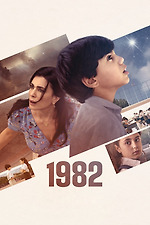 films rarely render me speechless but this was one of those films that have. I feel like I can’t even articulate how this film made me feel, but I do have a weight in my chest, a lump in my throat and tears running down my face.

seeing the characters’ realities through the eyes of the schoolchildren as well as their teachers was a really clever storytelling technique that helped to make it feel frighteningly real. I’m also biased, as the setting, language and people all reminded me of a home I once knew, and I couldn’t help thinking the whole time that this could’ve been me and my friends. no one chooses where they are born and no one chooses when their innocence could be taken away from them. this is probably why the use of the animation at the end is what finally broke me. no child (or human, for that matter) should ever have to witness their home being destroyed.

on a more film student-y note, I though the cast, script, cinematography (so many shots in this were breathtaking) , music and mise-en-scene was stunning as well .. basically everything <<<33

when a film makes me feel like this, I struggle to find any faults? maybe if I took the time to, I could nit-pick, but I don’t think I particularly want to. I think this film achieved what it set out to do, on a personal level.

‘To the resilient people of Lebanon’