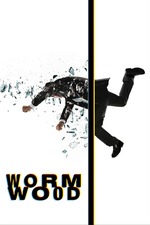 Errol Morris speaks to Eric Olson, whose father died mysteriously in 1953, and the exchange is shot with something like six (!?) simultaneous camera setups. So for example one sentence will ricochet between four of these setups in an urgent spree of edits. The result is an inscrutable visual pretense that does not materially complement the narrative. Which is a shame because this is Morris working in the mode that best suits him, in needling down toward the essence of someone's obsession.

I think the problem I have with this is in Errol Morris the director as opposed to Errol Morris the filmmaker. His best films are his least visually embellished (save for Fast, Cheap & Out of Control, which is necessarily something of a kaleidoscope in both form and presentation), and even his later ones, what with their collages of onscreen texts or old film clips or, as in here, crude recreations (which are shot in askew angles and in such shallow depth of field that more than half of any image is out of focus), are still fundamentally conversations out of which Morris graciously subtracts himself. The more directed his films are the more overbearing and haphazard their visual vernacular.

Imagine the film as a conversation between two people in tuxedos at some fancy dinner party when the same could be done in t-shirts and jeans and bare feet.