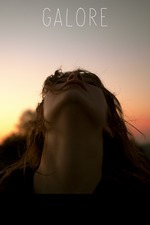 "We were just kids"

The organic touch and feel of this film is impeccable. It understands its characters, their world, and the drifting languorous days and nights that accompany being a teenager in an Australian summer. The pleasure and pain of growing up is here in all its beauty and brutality.

But most striking here is the decision to set it in the regional outskirts of Canberra. As a Canberran, this was certainly the attraction of Galore. Despite being the capital city of Australia, as a political centre Canberra (like in some other countries) is often dismissed by those unfamiliar with the city on assumptions that it is boring and soulless. Only Canberrans really understand the hidden pleasures and warmth of the Canberra lifestyle, which makes it arguably the most underrated City in Australia. That said, Canberra is a city of polar opposites, with some of the most elite suburbs in the country, and some of the most bizarre. I've lived in both types (Kingston and Belconnen), and from my window as I type I can see a skate park populated by the characters in this film, as well as the bush that touches the city, and the mountain often seen in the background of the film. All Canberrans would feel a sheer lack of Australian cinema concerning their hometown. Excepting those focused on the political centre, you can almost count these stories on one hand. This makes Galore somewhat of a local event film, it's very rare that the cinematic qualities of Canberra and surrounding areas are capitalised on, particularly with a local understanding.

Canberra also has a very polarised climate. The summer can routinely top 40 degrees Celsius, and the winter can be confronting to other Australians acclimatised to the likes of Sydney, Perth, etc. Galore particularly shines light on a real-life disaster, arguably the worst to befall Canberra in recent memory; the 2003 bush fires which ravaged outskirt areas of Canberra. In a nation where tragic bush fires are the national disaster and common around the country, this event might not seem particularly noteworthy (the Victorian bush fires in 2009 were horrific, I was living in Melbourne at the time and the day of those bush fires was the hottest day I have ever experienced; 49 degrees Celsius), but locally a mnemic trace of the fires still haunts the often sheltered universe of the capital. The teenage attitude to bush fires is also captured well here, a curious mix of enchantment, unease, irritation and mundanity (particularly if previously undamaged by the occurance).

This real-life back story appears to have been used to sell tickets and ratchet up the drama, because in actuality it plays a minimal part in this film, always on the edges of the the teenage chamber narrative. The bush fires are shoehorned into the end of the film, which could prove underwhelming to local audiences with first hand experiences with the event. It also underwhelms the use of foreshadowing throughout the film.

Nevertheless, leaving the context behind, this is mostly a fine teenage drama. For anyone that grew up on the urban fringe in Australia in recent decades, particular Gen X on, watching this film in part will feel like watching your own youth fly by. It mostly concerns a drifting, formless week or so in early 2003, as the kids are on summer holidays. Billie's mother is a social worker, and often provides shelter to troubled youths seeking a second start, which is where Isaac comes into the story. Billie spends most of her days with her inseparable best friend Laura, and Laura's boyfriend and their mutual buddy Danny (who Billie is actually in love with). They spend their days and nights at skate parks, the local waterhole, late night parties, working at a local fast food store, and chilling at Billie's place, all of which occur in a world of mostly absent parents. Over the next week, with Isaac becoming involved with the love triangle, as smoke and fire start to highlight the distant horizon, Billie has a tumultuous week that results in a lot of heartbreak, tragedy and a crisis of self-esteem.

Ashleigh Cummings, who has previously done some noteworthy work in Puberty Blues and Tomorrow, When The War Began is stunning in the lead role, giving by far her most impressive performance to date. She has a particularly cinematic face, and really encapsulates the mindset of the Australian teenager. Her feel for acting choices in the moment is mostly faultless, and she is the stand out of the cast ensemble. Lily Sullivan isn't quite as impressive, but she is well cast in the role of the doomed teen (I have known girls like her who died very young, it's often that type). Toby Wallace, who has been popping up in everything of late, seems a little underused given his key part in the plot, but also captures the emotions of an Australian male teen going through tough times. The Wallace-Cummings chemistry also worked well early on, and suitably deflated a little later on. Matangi rounds out the foursome effectively and with authentic weight, whilst Maya Stange helps anchor the young ensemble as the social worker mother, the only parent really involved and in touch with the emotional lives of these troubled teens. It's an excellent ensemble, which captures the essence of being a teenager in Australia.

There are shortcomings to the film, beyond the seeming exploitation of an otherwise underused real-world tragic backdrop. I felt the canvas of the film at times was very raw, as it indiscriminately travels down too many plot strands, and seemingly takes Billie too far over the edge. The subplot where she smashes the car window and is later chased to a bridge didn't seem to belong in this film, it's a deep cut that should have been a deleted scene. The attitude to the alarming car crash is also another doubtful moment among mostly authentic surroundings. As mentioned previously, I felt that the character of Danny was not explored deeply enough, given his involvement in the love triangle, but as the film is from the perspective of a female teen, I can see some point to it. Overall, there is also a timeless aimlessness here, which personally worked for me in the context of the cinematic vision, but will not appeal to some audiences.

Nevertheless, there are many excellent moments here, where the film could literally be playing outside my window as I speak and I would see it as an authentic moment of Canberran life. Shining moments in the film include the party whirlpool, the moment the comical Corey subplot surprisingly becomes a really tender moment of beauty, the mother-daughter scenes, the peripheral pre-teen duo who witness a couple key events. But the emotional layers of the film is where it truly excels. It understands the teenage mind, how storms can haphazardly erupt within the teenage world and not be resolved efficiently. How young love works. The need to feel alive. The selfish closed-in world. The devastation when you first lose someone close to you. The occasional moments of shock in this film are truly brutal, I jerked in my seat at least twice. Everything here is on the cusp, the sparks of irrevocable change haunt the periphery of inner turmoil and otherwise oppressive summer boredom.

The look of this film is also very distinct. It capitalizes on the interesting relationship between the concrete and nature on the urban outskirts, aka the teen playground. The familiar here is rendered alien, I imagine foreign audiences will find the urban depiction here quite mesmerizing and unusual, as well as lapping up the odd sense of ominous bush fires routinely threatening cities. I did get a thrill from seeing local everyday streets and sights as part of a fictional drama, it was fun to see the color scheme of Canberra on the big screen. I actually have a friend who lives on the same street as the protagonist. However, Graham also opts for a close-up approach to the nuanced feelings of the protagonists, rendering the youthful faces with their own topography and terrain. The film has received some local criticism for its participation in handheld close-up and in the depiction of inarticulate youth, but I think those critics for the most part are merely out of touch with modern Australian youth, and somewhat ill-placed to recognise the distinct vision which Graham unearths here. The directorial approach really suits the material, and I never felt disorientated from the actions and feelings of the characters.

Galore has entrenched itself as one of the great teenage eternal summer films in Australian history. Local audiences will find this very nostalgic. Nicholas and I were at a similar age to the Gen Y characters in the film, those early millennium years before online social networking and smartphones really took off, when the likes of the Xbox and iPod had only just arrived on the scene, so the film at times presented a curious mirror to the essence of our youth. Additionally, part of me hopes that Rhys Graham can continue to pursue fictional films set and filmed in Canberra, as there is a gaping niche for someone to take this city and make it their own. Canberra is really crying out for a cinematic city canon, and a local boy like Graham is ideally placed to hear the call.

Galore is very raw, but very right. Cummings and Graham are certainly talents to watch, and it shows a Canberra you don't see on postcards.