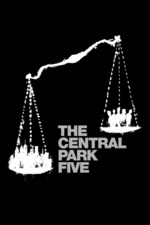 “I want us to remember what happened that day and be horrified by ourselves because it really is a mirror on our society. And rather than tying it up in a bow and thinking that there is something we can take away from it and we’ll be better people, I think what we really need to realize is we’re not very good people. And we’re often not.” - Craig Steven Wilder, The Central Park Five

Came away from this documentary pretty wrung out. Essential viewing for anyone who implicitly trusts confessions obtained by the cops, plea deals obtained by the D.A.'s office, or anything the cops or D.A. do whatsoever. The circumstances surrounding the interrogations, and the videos themselves, answer the question, "Why would anyone voluntarily incriminate herself if she isn't guilty?"

The racist cops wanted a collar, the racist D.A.'s office wanted a win, the racist Mayor wanted votes, the racist white public wanted a villain, and the racist media wanted to give it to them. So they found five Black kids they didn't care about and fucked up their lives. Thank god the Five are exonerated and alive, but the pain of their wrongful conviction and imprisonment is written on their faces and their families' faces.

The events of The Central Park Five are the kind of things that happen in a white supremacist society that considers Black people disposable. So is Michael Brown's murder; so is Eric Garner's. Things haven't changed much since 1989. We're not very good people. And we're often not.

Unrelated note: the archival aerial footage of New York in this film, complete with Twin Towers, is stunning.