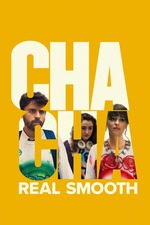 There's a troubling reality where Cooper Raiff becomes Kevin Smith, a wunderkind whose singular debut feature and style becomes a vortex from which it becomes impossible to escape from. There's potential signs of this already in Cha Cha Real Smooth, a movie that I still really liked and found the best of the Sundance Film Festival so far, easily. Like Shithouse, Cha Cha is a charmingly lowkey, Linklater-ish hangout comedy centered on disaffected 20-somethings stumbling through harsh life lessons, but Cooper Riaff's second effort sees the 24 year-old director attempt to branch out into different kinds of stories, chiefly in the form of Dakota Johnson's single-mother Domino. Disappointingly, Domino is a bit of a mixed bag; Cooper finds compelling complexity in her fear of commitment and relationship with Cooper, but the spell is broken somewhat when she starts dispensing regretful advice on what best to do with one's 20's that sound a bit less like someone's real experience and a bit more like, well... "wish fulfillment" is the wrong word. It's sounds more like a story Cooper Riaff heard from someone else once and is adapting here to fit a different story. It's like a forced perspective sculpture; logically makes sense but you can't shake the feeling of flatness.

That air of slightly unreal sweetness is part of what prevents the movie from being a Shithouse-style singular success. This is a movie where people with long term combative relationships to stepfathers have their ruptures healed after an evening of slugging it out with bullies. On the one hand, there's something refreshing about the sweetness, but on the other hand it doesn't quite hit that Edge of Seventeen sweetspot of having an unambiguously happy ending while also feeling true to the consequences the protagonists actions would've incurred.

Still though, this is a good movie, anchored by good performances and some really, really funny moments. Like Edge of Seventeen, it's balancing a swathe of emotional throughlines and characters and gives each one room to breathe, and the result is a world that feels tactile and lived in. These are characters that I just enjoy spending time with, and if Cooper Riaff that can keep that observational eye for interaction honed and sharp (and evolving!) as he grows and matures, he has a long and successful career to look forward to.