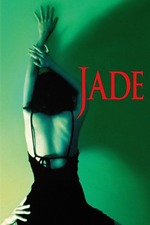 From the late 1980s to the mid-90s Hollywood was gripped with a bidding frenzy on hot scripts (this is before the time studios realised the power of the nostalgia dollar: where they could make more money by endlessly milking gullible rubes with new adaptions and reboots of existing IPs), and two names at the centre of this storm of excitement and dollar bills were Shane Black and Joe Eszterhas. While Black is still around, albeit it with varying results (2016's The Nice Guys was one of the best movies most people didn't go and see at the cinema, while 2018's The Predator was a catastrophe I deeply regret spending money to see), Eszterhas has disappeared from the biz. Perhaps he's enjoying a comfortable retirement because the amounts we're talking about here are ridiculous. By one estimation Eszterhas made $26 million just for scripts he sold just during the 1990s, it didn't matter that a bunch of these remain unproduced, he still got paid. After Basic Instinct (1992) and Sliver (1993) were both box office hits despite what the critics said, whatever he was offering had scores of desperate would-be buyers. Paramount CEO Sheryl Lassing gave him $1.5 million for a TWO PAGE outline of what became Jade and then millions more in order to keep his name on the poster when Jade's director, her husband William Friedkin, re-wrote most of it. Seriously, at this time Eszterhas could have scribbled "Murder, kinky sex and a car chase" on a post-it note and gotten a seven figure studio deal based solely on that.

The plot of Jade is completely incomprehensible; I've watched it, I've read a summary and I'm still not sure exactly what happened. And it's not just me being thick, during their first read through of the script the actor who turns out to be playing the killer was genuinely stunned when they got to the end and found out they were actually the bad guy. It's essentially the "could this beautiful woman be a cold-hearted murderess?" bit from Basic Instinct mixed with the surveillance guff from Sliver bolted on to a pretty standard "hard driving cop has to go against the corruption of city hall" thing you've seen plenty of times before. The A-/B+ cast give it their best, but all seem a bit lost, probably because they were.

Friedkin's direction is surprisingly flat, with none of that docu-realist style and tone that defined his best works. Honestly this looks and feels more like the sort of knockoff Joe Eszterhas/twists-a-plenty erotic thriller there were no shortage of at the time, most going straight to video or released as schlocky TV movies, most starring Shannon Tweed. And James Horner completes the trifecta of famous creative types phoning it in, with barely 30 minutes of "original" music (his notorious danger theme is very present), and with a heavy reliance on Loreena McKennitt's The Mystic's Dream to provide the mysterious atmosphere he couldn't be arsed coming up with. Really it was because he had five other scores to write that year, and wasn't interested in the project, but after $3 million was wafted under his nose they could add one more big name to the poster.

I keep bringing up money because Jade cost about $50 million and only ended up making a fifth of that upon release. It's instructive to compare this to another crime movie thriller directed by Friedkin, 1985's masterful To Live and Die in L.A. That film cost only $6 million but is better in every way, just compare the (admittedly decent) car chase in Jade with the one in TLaDiLA and even after all the above-detailed accounting you have to wonder where a lot of the budget was spent when you see how much can be done with so much less. It's also interesting that TLaDiLA starred William Petersen, who despite headlining in two of the greatest movies of the 1980s, this and the incredible Manhunter (1986), couldn't seem to make it as a leading man in the movies but did find great success on television with CSI: Crime Scene Investigation. Meanwhile David Caruso had hit the big time as the star of the hugely successful cop show NYPD Blue in 1993, but quit after the first season over money and because he thought he could make it in the movies. As his leading turn in Jade and several other bombs proved, he could not, and after his silver screen career failed to materialise he slunk back to the the world of television, eventually finding similar success to Petersen with a lead role in, appropriately enough, CSI: Miami.

Caruso's performances in two 1995 films, this and Kiss of Death got him nominated for Worst New Star at the Golden Raspberry Awards. He "lost" that award to Elizabeth Berkley in Showgirls (1995) which was also written by Joe Eszterhas, and he was duly awarded Worst Screenplay for that film, although Jade scored him a second nomination in this category. Jade and Showgirls were released within three weeks of each other, and so perhaps the end of his career as a Hollywood big shot isn't surprising, although nowadays Showgirls has been reassessed as a cult classic and/or enjoyed ironically as one of the pinnacles of misjudged trash cinema, so has actually become profitable. Meanwhile Jade is mostly forgotten, and I can't see it being embraced as any sort of lost classic any time soon. Still, if you want a perfect explanation of the cliche "crying all the way to the bank", ladies and gentlemen may I present, Mr Eszterhas.