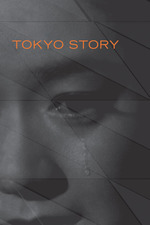 The greatest film of all time, at least according to the last Sight & Sound directors' poll. I wouldn't go that far, but then again I'm not a director so what do I know? Hopefully a few things, so let me talk about them. The reason, I suspect, directors lose their minds over Tokyo Story is that it's put together unlike most other films. Director Yasujiro Ozu almost never moves his camera, by my count there were just two slow tracking shots, but otherwise he never dollies, zooms, pans or tilts. He sets back from the action, using ensemble staging with the camera at eye-level as if from the perspective of someone sitting on the floor, Japanese style. Every scene plays out in real time and goes on past the time when most other directors would have cut, so scenes usually end with one or more characters putting on their shoes and walking out of the frame. Ozu doesn't shoot long oners though, he continually cuts to medium shots were the actor speaks directly into the lens, and often breaks the 180 degree rule which can be confusing. The acting is stagey, and every character states what they're thinking and feeling with almost childish simplicity and honesty. When a scene ends he doesn't fade out or start the next one straight away, instead there is break where he cuts to an unrelated shot of the landscape as a sort of breathing space before the film starts up again.

All this technique is deployed in the service of a story that is deliberately unremarkable and ordinary. An elderly couple journey from the countryside to Tokyo to visit their adult children (and in one instance grandchildren). However their offspring are for the most part too absorbed in their own lives to want to entertain their olds, only the widowed daughter in law of their second son, killed during the war, makes time for her parents-in-law. The grandmother encourages her to remarry, the grandfather catches up with some old friends and gets drunk, and the couple confess their frustrations about how their children treat them, but accept that's often the way things go, and figure that while their kids might not be perfect they could be worse. There's then a health crisis and the family has to work through a difficult moment, but even then the film never crosses over into melodrama.

By keeping everything so simple Ozu makes his themes universal, so every viewer can see aspects of their own family in the Hirayama clan. Yes, nothing much happens, but that's what life is like. It's clear this is Ozu's focus, the rhythms of everyday existence which he dedicates most of Tokyo Story's runtime to, while anything with even a hit of conventional dramatic urgency happens offscreen. So while at first you might be wondering why you took time out of your own mundane life to watch another family's, eventually you click with the tempo and fall in synch with this paean to traditional values and familial ties. As an objective observation of life in a big city in transition the film this reminded me of was Alfonso Cuarón's Roma (2018), another cinefile masterwork that challenges cinematic conventions. I'm sure that in a few year when the next S&S poll comes out, Roma will be well up there as well, not as high as Tokyo Story, but I'm sure it will be on its way.