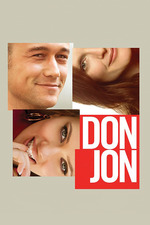 After the aformentioned 30 mins are up, JGL introduces Julianne Moore, and she is a blessing to this film's endurance. I was just about to grow tired of the repetitiveness of it all, but she brings with her a better understanding of Jon and also a change in his character.

Jon's family is beautifully cast (TONY DANZA!), even if I personally would have liked more of Brie Larsson.