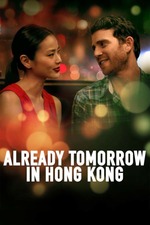 This Linklater-inspired rom-dram captured my attention at the opening credits for one particular reason - most if not all the credit producers, director, writers and film-makers were women. I don't come across many films where the lion's share of the film-makers are women. That fact piqued my interest.

The story, characterization, use of Hong Kong and writing are all pretty good overall. This wasn't my favorite film of its kind and it borrowed heavily from much of what Wong Kar-Wai and Linklater have done better in the past. But it was a breezy, short watch on a weeknight. Unfortunately, I think it's a forgettable film, though.