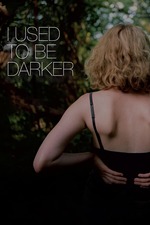 I Used to Be Darker

After a long, hectic day, I found I used to be darker to be just the kind of movie I needed. Matthew Porterfield did a lot with very little in this film. The film felt like a short story, adapted for the screen by a director who was intent on staying out of the way. Porterfield's directing choices (staying far away from the main characters, leaving the camera an arm's length away, depicting beautifully messy interiors) reflect the characters themselves. Everyone in this film is longing for love and acceptance, but somehow everyone comes up just short. The acting, paired with this writing and directing, makes for a beautiful package. This film has all the qualities of the platonic ideal of indie cinema.

The two moments in the film that affected me the most were the two solo music performances. Together, they made up some of my favorite music moments in film that I can remember. I would even go as far as to say they were as moving as the end of Phoenix, which if you've seen the film, is high praise.