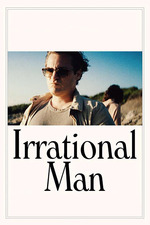 A review I read somewhere claimed this was more for Woody Allen completists rather than general audiences. I agree with this statement. There's not much new or note worthy in this film.

However, even in an average year, the aging Woody Allen does better work than most. And if you watch this film with Allen's personal life in mind, there are some interesting moments. Allen's always fancied himself a pseudo-intellectual and through this main character he gets to take a turn as a philosophy professor. Unfortunately, it's pretty clear that beyond a few intro-to-philosophy books, Allen hasn't really grappled with the continentals or the analytical philosophers. To say nothing of anything outside the French and German post-war period.

Many actors have taken a turn in playing Woody Allen, or the Woody Allen type, on screen. Owen Wilson was great in Midnight in Paris. Cate Blanchett, wonderful in Blue Jasmine. But I don't think Joaquin Phoenix quite fit the bill. It seems to me Phoenix prefers to get lost inside the minds of his characters, to take a total vacation from his life into whatever might be going on in his character's life. To play an Allen like character, however, requires the actor to be hyper-aware of the world around him. The anxieties, twitches and self-awareness that Allen-types require, it seems to me, is just not the type of thing Phoenix is interested in doing.