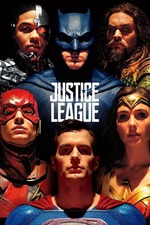 I found little to like in this movie, and that was basically what I was expecting going in after reading reviews and hearing chatter since its release. But then, they had to go and have Batman mansplain leadership qualities to Wonder Woman and my eyes rolled all the way back into my head. So, on top of stilted story telling, starts and stops in action and momentum throughout the film, character and plot bloat, little differentiation between characters, stories and motivations, they had to go and add chauvinistic condescension to the mix. Zack Snyder really is his own worst enemy.

The Trip to Spain