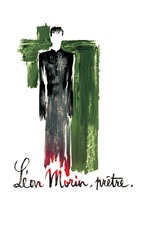 The context in which this film takes place, the German occupation of France during WWII, is hardly ever seen on screen. Instead we mostly get interior sets, frames lit by candles, rickety furniture. The topic, religion and spirituality, is an interior topic after all.

I've nary come across secular art that treats religion as seriously as this film. The conceit, hiding in plain sight behind the cloak of romantic drama, gives full exploration to atheism, Christianity, religion, morality and the unanswerable questions of human spiritual life. It contains some of the best, almost literary dialog, about religion I've ever encountered on screen.

I think any artist interested in exploring these themes, whether through film, literature, poetry, or whatever, should spend time thinking about this film. Especially artists of my generation who have moved away from religion and religious institutions and are unable to take seriously their appeal, which has organized human life for centuries.