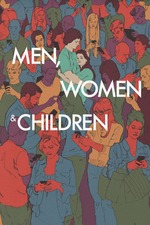 Maybe Reitman will never make anything like Juno or Up In The Air, ever again. That's a sad thought.

In physics, related to the Heisenberg uncertainty principle, there is an idea that we cannot study something without it changing. I think Reitman tried too early to study the effects of electronic communication on people's lives. I think these effects are still in flux and we don't quite have a grasp on what's happening just yet. Or if we do, Reitman didn't really present it in a convincing way.

His directorial fingerprints, though, were all over the film and made it enjoyable.

For some reason, I can never take Jennifer Garner seriously. She is not a good actress, in this humble viewer's opinion.

But still, a fine entry in this year's increasingly awesome set of films.