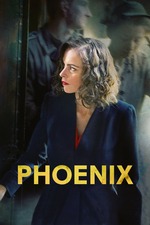 Phoenix is as complete a film as I've seen this year. I was hesitant to check out a couple of weeks ago after I read a lot of critical praise for it online, mostly because I've found WWII and Holocaust themed films to be pretty tiring in the last few years. A few years ago, I remember noticing that every film in the foreign category at the Oscars was about the holocaust. But Phoenix is much less about the Holocaust than about the effect of war and tragedy on people, relationships and countries.

It's been cited in many places, but the 3rd act and especially the ending of this film really lives up to the hype. The crescendo of emotion happens slowly throughout the film and when you think it's really going to kick in, Petzold takes up only a few notches and leaves you breathless. That's the trick of good film, it leaves you believing that it's only because of good acting, or editing, or directing that you're impressed, but in fact it's everything in unison.

Besides all the technical and cinematic details of the film, my favorite part were the allegories to Israel and Germany's national identities post WWII. Israel, a nation rising from the ashes of the Holocaust, full of people who barely recognize themselves, searching for an identity but unsure of how to incorporate their past into their future. Germany, reeling with the lasting legacy of betrayal, no ability to lay claim to any sort of moral high ground, unsure of its footing immediately after the war and unsure of how long it would remain this way. During the current European migrant and financial crises, Germany is still riddled with the burdens of the Holocaust, almost 80 years later. These complicated national identities were referenced throughout the film but you never felt like you left the story of a man and a woman with desires, conflicts, pasts and futures. It's an accomplishment in writing, directing and acting to _show_ a story while _telling_ some grand truths about the world.