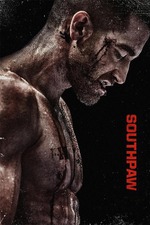 I gave up on expecting greatness from Fuqua. In fact, I went back and re-watched Training Day not too long ago and the shape of his career after 2001 tainted my viewing of that film too. Maybe without Denzel's assistance, Fuqua would've never really made a splash.

But, when actors consistently turn out strong performances in films by the same director - Don Cheadle in Brooklyn's Finest, Denzel Washington in Training Day, Ethan Hawke in both of those and now Gyllenhaal, Whitaker, McAdams and the breakout star Oona Laurence playing their daughter - you start to wonder if the bulk of Fuqua's talent lies in letting actors put on great performances. That's nothing to balk at. So perhaps I had the wrong read on Fuqua, and should instead praise him for what he's good at - directing actors. Instead of being disappointed in what he's not so good at - creating, new, unique world views through his films.

I Am Secretly An Important Man