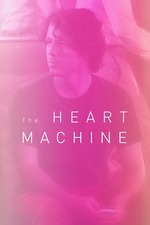 Kate Lyn Sheil floats this movie into the place that, I presume, the writers wanted it to be. There are a lot of times, where actresses with lesser command over the material would've fallen into traps. They might've downplayed the character's sadness. They might've relied on dialogue to convey more than the acting. But in many moments Sheil let's her face and her emotionality take the wheel, and that's probably the movie's best reward.

The lesser parts of this movie are, well, basically everything else. The script strays too far from convention, but not in a compelling, artistic way, more in an annoying, rebellious for the sake of being rebellious way. I suppose, in some ways, it strays from convention in much the same way that hipsters stray from convention. Both, without their proper motivation thought through, are annoying.