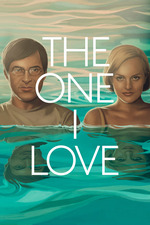 The One I Love

The writing, direction and acting was really great - especially the first 3 acts. I fear the movie sets up a question it just can't answer by the final act.

Duplass deserves all the praise he's receiving for his work in this film, he quickly won me over on screen and kept my respect throughout. I don't know if the fact that he helped produce this movie is completely unrelated. I think he took this role more seriously than past work. Moss, on the other hand, was effective at best.

What I've said so far makes it sound like I didn't enjoy the movie. But don't let me fool you - I enjoyed this movie a lot. The two protagonists carried the film throughout, the dialog was crisp and poignant, the themes evergreen and what the writer had to say about those themes original and worthwhile.

The Kid with a Bike