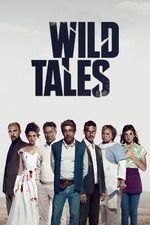 A great anthology of short films. Each felt distinct, but had a certain familiar thread throughout. Watching the same director present 6 different ideas back-to-back is a great way to understand just how much directors shape the films they make. This influence is harder to ascertain but also prevalent in a director's full oeuvre, which of course is the basis of auteur theory.

Another thread that was flowing throughout this film is the sense of turmoil that contemporary Argentina is going through under Kirchner. Argentina, like many countries in the global financial downturn, have felt a squeeze on the middle class, a distrust in government services and a test of national resolve that is on display in a few of the shorts in this film.