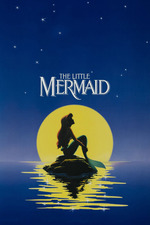 Now upon watching the movie this time around for this review I am going to be honest and say that my memory of the quality of the animation and the pacing of the movie was perhaps set a little higher than it actually was – now, that’s not to say that it isn`t still absolutely spellbinding, it’s just that although the animation is simply superior to the movies which preceded it, you can still see that it takes some of its style from those movies – it isn`t quite yet akin to the more polished articles we get with the likes of 1992’s Aladdin and 1991’s The Beauty and the Beast – and again, if I’m honest not as good, in terms of animation, as the film which directly followed this, 1990’s The Rescurers Down Under – but, I must stress, that’s in terms of animation only! It also didn`t perhaps flow as seamless as I one remembered – feeling a little clunky at times – particularly during the beginning sequences.

But… and it’s a bigggggg but - the film, is still absolutely mesmerizing, regardless of this – no way am I changing my long time opinion on this one!

This is a truly magical entry from Disney and one that set the scene for many movies to follow. With a fantastic story, great characters, exquisite songs and a truly stunning adventurous ending – it may not have been all I remembered at the start but, boy, by the end it most certainly brought back all of the emotion and admiration I remembered!