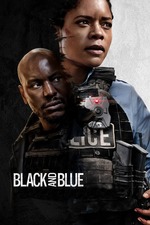 Earnest social consciousness and gritty exploitation thriller make for an awkward pairing in this story of Alicia West (Naomie Harris), a rookie African-American New Orleans cop who captures a crooked narcotics officer (Frank Grillo) on her body-cam in the act of murdering someone, then has to run for her life from her own colleagues to preserve the evidence. Peter A. Dowling’s screenplay sets up the promising notion of West as an outsider now in the rough neighborhood where she grew up, having to earn back the trust of her old friends after choosing the side they perceive as the enemy. But despite Harris’s intense performance, the movie ends up almost as relentless in its determination to make every cop a sadist as it is in its use of platitudes like “be the change,” and “murder’s murder, don’t matter who you are.” Despite a few slick, tense pacing choices by director Deon Taylor, even the final siege between police and drug dealers falls flat, because this is a movie that’s ultimately less interested in delivering action than in watching people deliver monologues.