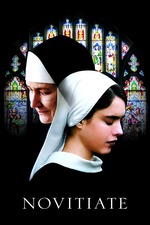 You don’t often find movies that are as deeply respectful of religious tradition—and as understanding of the emotional upheaval caused by change—as writer/director Maggie Betts’ tale. Set in the early 1960s, it follows young Cathleen Harris (Margaret Qualley) as she follows her calling to become a nun, just as the Catholic Church is beginning the Vatican II Council period of reform. Cathleen is an intriguing enough central character, as Betts explores the psychology of vocation and the challenges of living an ascetic life devoted to nothing but God. The more fascinating story, however, surrounds the convent’s Reverend Mother (Melissa Leo), who balks at the proposed Church reforms that threaten to shake the foundations of her world. While Leo may be an actor prone to grandiose performances, she’s superb here as a unique variation on the cinematic drill sergeant trope—terrifying to her charges, and at times taking out on them fears that have nothing to do with them. Those two stories don’t always mesh neatly, and Betts perhaps packs too many subplots into her narrative. She nevertheless finds humanity in self-sacrificing devotion, and the emotional fallout of living in a changing world.