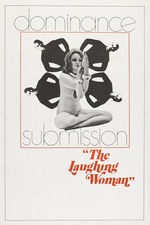 "It is essential that the fertility of the man should remain absolutely intact."

The film's protagonist, Doctor Sayer, is convinced of a wide variety of conspiracy theories, ranging from the feminine to the socio-political, all of which point to men being robbed of their masculinity. Women are collecting sperm so that they can become sexually self-sufficient; the government is cooking up forced male sterilization mandates; men are, broadly speaking, becoming obsolete.

This fear is neurotic, of course; it is not grounded in reality. Men like Doctor Sayer and Jack Ripper and Ben Shapiro have nothing to worry about losing their masculinity — they already lost it long ago, and any remaining shred of masculinity has been reduced to a desperate facade, like Ben going to Home Depot to buy a plank of wood or Jack ordering Group Captain Lionel Mandrake to issue Wing Attack Plan R or Sayer capturing and torturing attractive women.

This is The Laughing Woman's insight: these external socio-political outcries, whether for a return to a time when men were men, or for a fight against fluoridation and the international communist conspiracy to sap and impurify all of our precious bodily fluids, or for resistance to the state's political project of mandating male infertility, they're all psychologically directed inward. They are projections of internal insecurities.

And so Mary validates Doctor Sayer's worst fear, she confirms that confronting and processing his psychological neurosis is a trap set to lure him into a false sense of security so that scorpion-women can sexually consume him. "I must have faith in my own virility," he reassures himself, just as the final snare snaps shut on him. Trapped by his own insecurities.