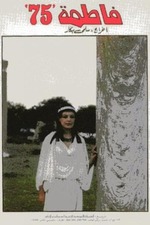 "Part of 'Liberating History: Arab Feminisms and Mediated Pasts,' a streaming series presented by the Block Museum and programmed by Simran Bhalla and Malia Haines-Stewart, Fatma 75, the first non-fiction film by a Tunisian woman, is a formally nimble explication of the parallel struggles for Tunisian independence in the 1950s and women’s rights. Fatma is scheduled to deliver a talk on the subject to her class. Using this narrative device — a sort of unrestricted cinematic mentation — the film utilizes several modes of investigation and expression, including interviews, cinema verite-style documentation, and fictionalized vignettes depicting domestic life. The result is a richly textured, thematically and historically coherent film, that provides both context and inspiration."