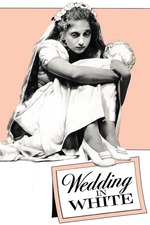 Heart-wrenching and unfair in many ways.
Hard for me to get past the terrible male misogyny in this film.

The director goes on to direct schlocky horror films from here on out, so I'm not sure that any praise for this film is warranted, as it doesn't serve as a stepping stone to higher or loftier themes from this writer/director.

Soooo... given the director's future career... it would have been a GREAT film if Carol Kane had pulled out a butcher knife at the end and butchered everyone in the living room. Now I could have DEFINITELY gotten behind that.