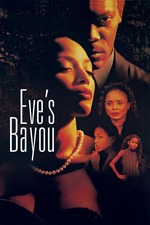 Here is one that plays even better today, an African-American family ensemble drama set in the Southern Gothic 1960’s. Eve’s Bayou plunges into the Louisiana backwaters so vividly that immediately we feel like we are seeing something fresh. Samuel L. Jackson is the popular community doctor who lives with his wife and children in an attractive home by the bayou. He’s too popular with the ladies, which causes friction with his wife and her kinfolk, and spurs jealousy between his daughters because one is more favored than the other. The narration over the first scene of the movie promises, of course, that Eve will commit a fateful act by the end of that hot Louisiana summer.

The themes are loaded topics: supposedly happy relatives nevertheless addicted to “family drama,” the strain of infidelity that runs trouble through the household that cause sibling rivalry and discord between daughters and mother, community secrets and lies.

Yes, the story delves into far-fetched hokum with voodoo and psychics that have premonitions of tragedy and catastrophe that is telegraphed for us before the plot gets there (keep in mind, there are always hooks and tricks to these things, too, double meanings and double whammies and what not). With hindsight, wouldn’t though there be a lot of working class psychics and mystics working these areas in that time period, too? Whenever it goes too far with psychic gimmicks, you can still say the film oozes with atmosphere.

The quotient of drama and luster was quite a feat by first-time filmmaker Kasi Lemmons (Lemmons was once an actress who went on later to direct “The Caveman’s Valentine” and “Talk to Me,” both of which I recommend). Here she made a torrid family drama about affluent Black Americans in a period setting no less, one that is visually glistening, with richly diverse characters of class and profession. There's risky ambition to have put Jackson on-screen as a womanizer yet to have put the narrative within the prism of a female point-of-view, in addition, the language nodding to the style of Tennessee Williams but still retained its own singular voice.

Lynn Whitfield is the matriarch projecting fake self-confidence and authority, dwelling in surface elegance, but it’s all veneer. It’s a terrific performance of a woman who nearly has it all, but doesn’t. The girls that drive the story are splendid, too, starting with Jurnee Smollett as Eve and Meagan Goode as the 14-year old Cisely who will not only protect her father under all circumstances but ready to make any other person suffer who blasphemies his name. The story only blows up into bigger dimensions as it goes along, because you wonder the hows’ and whys’ as to the sins we know Eve will commit. The girls love each other, too, and they are each others’ anchor, but this is the kind of story where the slightest misunderstanding between them can result in blow up tumult.

It’s crucial that Jackson is prosperous and suave, believably so. For all his character attributes, he is not keen to how his behaviors stir the pot of secrets and lies that besiege his family. It’s another underrated Jackson performance, in a career full of them. In this case, we know why his girls are drawn to him, and also as to why they compete so jealously for his approval.

Eve’s Bayou is a tragedy, but it is inevitable. It had to be.