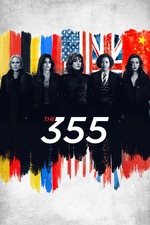 We’re not even 10 days into the new year and the razzies already have their pick for best picture !

I have somethings to SAY

1. Simon Kinberg put down the camera and step AWAY from the pen you will never see heaven

2. Jessica you will pay for your crimes, Angelina and Charlize did not pave the way for badass white bitches to be on screen for you to DISRESPECT the work they done put in. You are not an action star stick to the lakes and rivers you are used to !

3. Lupita, you, your agent and I need to come to the red table and discuss cause something AINT right and we need to get to the bottom of it QUICKLY

4. Penélope if CAA calling you talking bout how they got a role for you in America do not pick up the phone girl! stay your ass in Spain !

5. Sebastian Stan staring in another shit movie nothing NEW nothing DIFFERENT

(At least the tumblr girlies can use his character as a template for their mafia AUs !)

6. Fan BingBing the only reason I’m not coming for you cause you prolly the only one who did this movie for legitimate reasons. MONEY

7. Jessica you cannot put on the Angelina wig and be Angelina it don’t work that way bby !

7/2. Jessica and Sebastian if I ever see y’all a near a bed together again the authorities will be CALLED. Got the never to some dry ass sex scene in front of MY SALAD

8. Those WIGS? Did the budget run out and y’all had to borrow the hair department from tyler perry studios? Had my sisters looking BUSTED but the men looking fine feminist my ASS

9. The way I can’t even blame this on queen najia cause when you hire the director of critically acclaimed hits like DARK PHOENIX AND in this case the writer of  (The Reboot) FANTASTIC FOUR and the writer of the critically lauded CATWOMAN it’s no wonder the 355 came out like it did.

9/2. The fact that not nan of these women was gay? UNREALISTIC

10. Lupita, Penélope, Diane, Fan, Edgar and even seb y’all deserved better Jessica set y’all up something SINISTER and for that I’m sorry. Pls take this as a lesson and block ha ass for good ! 🙏🏽

Lord I did not think this movie would be that bad, I knew it was gonna probably terrible but I thought I would have some fun or SOMETHING and there was none to have 😭 I couldn’t even try to shut my brain off just stared at my laptop screen wondering when this self inflicted torture would end 😭 how this movie managed to waste TWO Oscar winners and a stellar cast is a fest in itself.