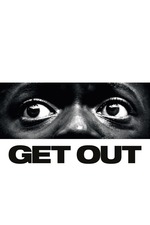 Every couple of years or so, a horror film comes along, much like Get Out, that wakes a lot of people up.

Produced on a low budget with a relatively unheralded cast, its original spin on a multitude of horror staples as well as a couple of brand new ideas of its own lead to critical acclaim and healthy box office returns. But it has an effect beyond that.

All of a sudden you have a whole bunch of people in the mainstream film media, mostly, piping up with statements such as, "It's the shot in the arm the tired horror genre needed!" If you believed what they had to say, then apparently the horror genre has been completely worthless for about 30-odd years save for the odd indie breakout offering like this. The last one of this type was It Follows, of course.

It really annoys me that there's still so much ignorance towards horror and the quality that is produced in the genre, mostly under the radar, on a regular basis. Most of it goes completely unheralded, some of it fades completely from view, and because most critics still view it as a lesser genre they never bother to dig deeper and find the fine films that are made in the genre all the time.

So I'm not buying this claptrap that's been wheeled out by so many voices in the mainstream press about Get Out being a wake-up call for horror in terms of injecting it with quality that it allegedly needed. Just open your fucking eyes and look beyond the multiplexes.

But by all means praise Get Out for where it is actually important - the ethnicities of its writer-director and its lead star. It's important enough that Jordan Peele and Daniel Kaluuya (who should already have turned everyone's heads with his extremely under-appreciated turn in Sicario anyway) head up a movie which is raking in accolades and ridiculous box office returns, but it's what Peele brings to the horror table thematically that interests me most of all.

His satirical stab at 'some of my best friends are black!' white people desperately over-compensating for not wanting to be seen as racist (even though they are) is marvellously weaved into a horror plot that they themselves seem to be presenting as a compliment to the men they have captured. What a bloody treat Peele serves up as a result because, hey! He actually knows what he's talking about. He's not some white dude with good intentions doing his best with a plate of assumptions.

It's powerful, meaningful and recognisable. As much as I laughed at so much of Get Out, I also did so from a position of, "Yeah. We are exactly fucking like that, aren't we?" Taking things like a game of bingo and even having a cup of tea and turning them into something genuinely sinister is remarkable on two levels, but I don't think Peele is necessarily even taking shots from a position of anger. The attitude of Kaluuya to his hosts echoes a lot of what I read from the direction here.

To a certain extent Get Out is cursed by its own high quality. It's far from being the only horror film made that spins such a devious and wrongfooting tale and almost backs itself into a corner of leaving an audience demanding similar such brilliance from its climax. Peele doesn't quite stick the ending here - it's not so much the violent escape and revenge that Kaluuya effects against his hosts, but that a couple of questions remain. What will now happen to the rest of the people in this 'family', especially the black people who have been kidnapped?

Everything else, however, is a joy. Peele pulls off one of the most difficult things in film direction, in my opinion, and that is finding an almost perfect balance in his horror-comedy preference - even more remarkable considering this is his debut. It's also filled with imagery and oddities that will undoubtedly reward repeat viewings and voracious rewatching.

As much as I love a nice surprise when I watch a film for the first time, it can be equally as pleasurable to visit a film with a lofty reputation, whether built over a number of years or fostered by a current sky-high level of hype, and find it to be completely justifying all the attention it's getting. Also, congratulations to Blumhouse on another successful production - they're in danger of looking reasonably competent after this and Split.

Get Out would definitely put the 'oo' in Typhoo.