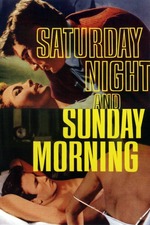 While I was watching Saturday Night And Sunday Morning on Mubi, I came to realise that there would probably be rather a lot of people from nations other than the UK watching this film and attempting to understand what the hell people were talking about here. Which amuses me greatly, especially as they didn't provide subtitles.

* bleeder: A person of ill-repute - "Some bleeder in Wal-Mart stood on my foot!"

* summat: Another way of saying 'something' - "Let's head to Wendy's and get summat for lunch!"

* down't pit: A shortening of 'down the pit' - "I heard before he got his big break in Hollywood, Robert Pattinson worked down't pit!"

* Skeggy: A slang term for the eastern seaside town Skegness - "Oh man, I just couldn't get any cell phone reception in Skeggy, must have been the goddamn seagulls!"

*get: Another word for a person of ill-repute - "Man, that David Duke is such a racist get!"

*daft: silly, stupid, not bright - "Tee hee, Adam Sandler is so daft in those films he does!"

*nowt: nothing, zilch, fuck all - "There's nowt like a cool Bud after work!"

*barmy: silly, stupid, not bright - "You must have been barmy to vote for Clinton / Trump!"

Buzzin' film an' all!