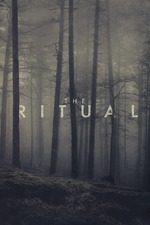 I regularly like to regale whatever wrong 'uns actually choose to read this shit with reasons why I'm an idiot and / or can't be saved and / or single, so this will all be familiar to you.

I first saw the trailer for this months ago and thought, "Jesus, that looks fucking dreadful, no thanks!"

Fast forward to Tuesday, when I intended on double-billing it with Double Date (fittingly). I sat there waiting for it to start. Half an hour passed, no trailers or adverts, or nothing. To the point where it got too late for me and I had to go home. The cinema said they had forgotten to put it on. Yeah, that happens, apparently.

That, following on from the aforementioned shite trailer, should have been a clue that perhaps I wasn't supposed to watch this. But no. Friday comes along, I have an afternoon to spare. "Oh why not. I'll go to Geostorm some other time," I thought to myself, racing into the screening still chewing a gob full of Nando's, actually worried that I was going to be late.

So imagine my massive surprise when I sat through this, yawning, bored and fuming at the jump scares. Having an afternoon free is no reason to go and watch a film you know will be shite but at least this way I'm out of the house and can trick people into thinking that I have some semblance of a social life when nothing could be further from the truth.

The Ritual is exactly what you think it will be. There are no surprises here at all. There's one good bit, involving a nightmare turned real, but that's about it. The dialogue is awful. The acting is functional although Asher Ali is crap and the one who looks like a young Toby Jones is annoying. The plot is the sort of half-arsed effort that just smacks of trying to slop something out to cash in on the Halloween crowd.

Cowardly custard Rafe Spall hides behind some bottles of plonk while his mate gets battered to death by some druggies in an off-licence, so him and his other mates go for a hike in Sweden to commemorate his death and you can probably guess the rest. It goes all The Wicker Man towards the end, and director David Bruckner makes the terrible decision to show us what's picking them off.

It's a giant undead elk with a Star Wars Jawa built into its chest.