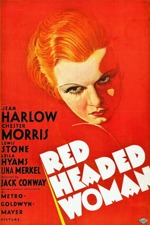 In many ways, watching this movie was liking watching an entertaining trainwreck. Time after time, each character makes terrible decisions you know will lead to failure or personal heartbreak. Being pre-code however, that doesn't matter much because the film isn't interested in punishing anyone for their mistakes, lust, or greed.

Harlow has the time of her life as the homewrecker hopping from one man to another whenever she sees a chance to move up the social ladder and secure even more money. Chester Morris is fun as a self-destructive, naive businessman that gets roped into Harlow's antics. Una Merkel also breathes some humor into the film to lighten the mood.