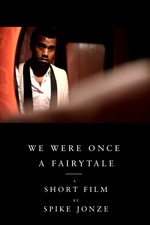 A very intriguing and self-aware introspection into Kanye Wests gradual mental deterioration. This strangely even was several months before his outburst at the 2009 VMA's; which would turn out to be a defining moment in both his career and life. That was when the media decided they'd villify Kanye until the end of his days, and nothing would ever be the same. Of course he does and says dumb shit from time to time, and he can't be excused for everything. But we all know that bad Kanye press gets the best ratings.

There's plenty of context that precedes this short: his unstable relationship with Amber Rose, the passing of his mother, having to deal with newfound fame and constant media scrutinization, etc. All these years later, looking back in 2020, a lot of things have happened that put Kanye in a negative limelight - mostly by his own hand - which makes this short even more intriguing in retrospect, as it seemed to foreshadow his downfall. In this film, Kanye looks like he's having a good time at first; he's boasting his money in a club and gets excited that his song gets played there, he meets gorgeous women, etc. But it's all a big façade. It's the effects of fame, alcohol and possibly other substances that make him feel the way he does. It appears that the only people that want to talk to Kanye have a double agenda, or are drunk. Or worse, both. All this is complimented very well by the shaky found-footage approach, which seems to emphasize the internal and external chaos in his life. This is not who Kanye really is or what he stands for, it's what he's turned into ever since becoming a commercially successful artist. And as soon as he wakes up and notices he's still in the same club, he seems to realize that too.

However, Kanye knows there's no turning back. He's become someone else over the years. The short ends with him giving a small creature a knife, a being that strongly resembles a decayed variant of the Dropout Trilogy bear, from a time when he made happier music, or at least less depressing. And even so, his more thought-provoking songs always had a sense of optimism in them, be it sonically or lyrically. This is also the last time we see that bear ever again, and the first time since Graduation (2007), arguably the most uplifting album he's ever put out.

This film could be Kanye's way of closing a chapter of his life, whilst fully embracing he'll never be the same again. The next three albums he dropped - I wouldn't call it a trilogy, even though there are many thematic similarities - were 808s & Heartbreak, My Beautiful Dark Twisted Fantasy and Yeezus. And the rest is history.