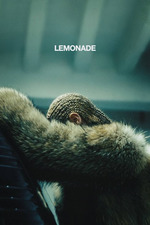 Betrayal and reconciliation are elemental themes. They're all over Lemonade like the fire and water we see repeatedly through the project's 60 minutes. Tools of both destruction and purification. If Lemonade is Beyoncé's most ambitious project, it is also her most personal. To whatever degree the visual album's narrative is autobiographical or "true", it is emotionally true. This is the stuff of great drama, a kitchen sink story by way of an epic as it spins out a relationship story without a neat conclusion. It is a master-work of rage and heartbreak and, ultimately, hope, blind as it may be.

But that pain is more alive for how Lemonade makes the personal political. This is about more than just Beyoncé and Jay Z, it is about fathers making their daughters tough and setting them up to be betrayed by men just like them. It is about survival and resilience in a world that doesn't care about you. You could see it as being about women in general, as "6 Inch" uses sex work as a metaphor for all unvalued female labour, but you'd only be half right. Specifically, in the way Lemonade elevates black women by putting them in the forefront of the visual album's series of videos, it is about issuing a middle fingers in the air critique of cultural violence against black women and celebrating their presence, continued existence, and the power of shared love between them.

And that is where the visual album grants so much more depth and whole artistic vision to the project than the (admittedly great) audio album alone. Unlike the majority of art and pop cultural works, there are virtually no white men seen here. Lemonade instead forces the viewer to look deeply into the faces of black women of all ages and see resilience, as the title suggests. From a pure filmmaking standpoint, it is gorgeously shot in filmmaking styles as diverse as the album is sonically different from song to song. Vocal insterstials not found on the audio version find Beyoncé reciting gorgeous and haunting poetry adapted from that of Warsan Shire. And the pastiche of Southern Gothic, Yoruba cultural imagery, and urban horror are captivating visuals that are crucial in getting across the album's racial politics.

In following the modern day spiritual "Freedom" with the ballad "All Night," Beyoncé roots the personal experience of her protagonist in the political history of women like her, and draws healing from their shared pain.