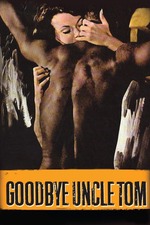 Feverish, episodic depravity. Probably the most effective film about the industry of slavery, the machine that it was, and how its landscape of joyous brutality, union cognitive dissonance, and transactional efficiency all operated at the expense of brutalized black bodies and minds. The filmmakers, in hiring Haitian people and paying them pennies to reenact such atrocities, encapsulated the disgust of true exploitation, hiding behind (admittedly potent) ideas of political rage and historical depiction while reviling in extended sequences of rape, torture, and terrorizing assaults on poor non-actors. Won't rate this film, but I cannot deny its filthy power nor its racism, and I certainly won't defend it. Probably won't ever forget it either.

Tombs of the Blind Dead